One of the oldest cities of Punjab

One of the oldest cities of Punjab, Bathinda, is famous as a historical and religious centre dating back to 7000 BC.

However modern Bhatinda came into existence in 965 AD, established by Bala Rao Bhatti - a Bhati Rajput king. This is also the very city where Guru Hargobindji fought against the Mughals in 1634. Later, it followed the culture and systems of the erstwhile princely state of Patiala, but is now its own district.

Similar to the fascinating and significant history that the area has, it offers various attractions to tourists like Quila Mubarak, Bahia Fort, Chetak Park, Zoological Gardens, Dhobhi Bazaar as well as the Mazaar of Peer Haji Rattan. This town is a good choice to experience bits of history and feel Punjab.

The district derives its name from the district headquarters town of Bathinda, which is of great antiquity. According to Khalifa Muhammad Hassan, author of History of Patiala, its ancient name was Bikramgarh. According to raverty, Bathinda was known as Tabarhindh (Labb-ut-Twarikh). According to Ibn Batuta it was known as Batrind. The earliest mention of Tabarhindh occurs in the "Jami-Ul-Hakayat" written about 607 Hijri or 1211 AD. According to "Ainai-Barar Bans" Bathinda was built by Bhati Rao, son of Bal Band, who became ruler of Punjab in 336 Bikrami Sambat. He also founded Bhatner. It was also called Whatinda and Bitunda which finally become known as Bhatinda. But its name was changed to Bathinda on the authority of Survey of India to conform to the phonetical expression as locally pronounced. In recent times the town was conquered by Maharaja Ala Singh (near about 1754 AD) and since then it followed the history of erstwhile princely state of Patiala. With the dawn of indendence and merger of Patiala and East Punjab States into a division styled at PEPSU, Bathinda become full fledged district which states has combined even after the merger of PEPSU with erstwhile Punjab State in 1956.

It consists of 285 villages out of which 281 are inhabited and 4 are uninhabited, eight towns and one census town. 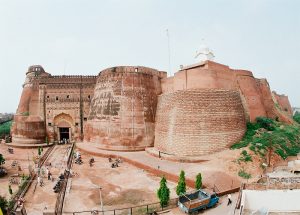 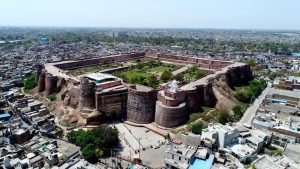 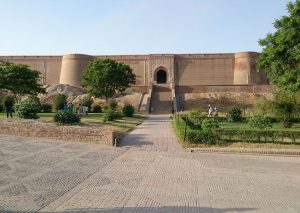