The Princely State of Bahawalpur

Bahawalpur was founded in 1748 by Nawab Bahawal Khan I, after migrating to the region around Uch from Shikarpur, Sindh.Bahawalpur replaced Derawar as the clan's capital city. The city had initially flourished as a trading post on trade routes between Afghanistan and central India.

In 1785, the Durrani commander Sirdar Khan attacked Bahawalpur city and destroyed many of its buildings on behalf of Mian Abdul Nabi Kalhora of Sindh. Bahawalpur's ruling family, along with nobles from nearby Uch, were forced to take refuge in the Derawar Fort, where they successfully repulsed attacks. The attacking Durrani force accepted 60,000 rupees as nazrana tribute, though Bahawal Khan later had to seek refuge in the Rajput states as the Afghan Durranis occupied Derawar Fort. Bahawal Khan returned to conquer the fort by way of Uch, and re-established control of Bahawalpur.

Princely state: Sadeq Mohammad Khan V served as the last Nawab of Bahawalpur. The ruling Abbasi family regarded the nearby Derawar Fort as a traditional bastion of their power. Bahawalpur's central library dates from the princely state period.

The princely state of Bahawalpur was founded in 1802 by Nawab Mohammad Bahawal Khan II after the break-up of the Durrani Empire, and was based in the city. In 1807, Ranjit Singh of the Sikh Empire laid siege to the fort in Multan, prompting refugees to seek safety in Bahawalpur in the wake of his marauding forces that began to attack the countryside around Multan. Ranjit Singh eventually withdrew the siege, and gifted the Nawab of Bahawalpur some gifts as the Sikh forces retreated.

Bahalwapur offered an outpost of stability in the wake of crumbling Mughal rule and declining power of Khorasan's monarchy. The city became a refuge for prominent families from affected regions, and also saw an influx of religious scholars escaping the consolidation of Sikh power in Punjab.

Fearing an invasion from the Sikh Empire, Nawab Mohammad Bahawal Khan III signed a treaty with the British on 22 February 1833, guaranteeing the independence of the Nawab and the autonomy of Bahawalpur as a princely state. The treaty guaranteed the British a friendly southern frontier during their invasion of the Sikh Empire.

Trade routes had shifted away from Bahawalpur by the 1830s, and British visitors to the city noted several empty shops in the city's bazaar. The population at this time was estimated to be 20,000, and was noted to be made up primarily of low-caste Hindus. Also in 1833, the Sutlej and Indus Rivers were opened to navigation, allowing goods to reach Bahawalpur.

By 1845, newly opened trade routes to Delhi re-established Bahawalpur as a commercial centre. The city was known in the late 19th century as a centre for the production of silk goods, lungis, and cotton goods. The city's silk was noted to be of higher quality than silk works from Benares or Amritsar.

An 1866 crisis over succession to the Bahawalpur throne markedly increased British influence in the princely state. Bahawalpur was constituted as a municipality in 1874. The city's Noor Mahal palace was completed in 1875. In 1878, Bahawalpur's 4,285-foot long Empress Bridge was opened as the only rail crossing over the Sutlej River. Bahawalpur's Sadiq Egerton College was founded in 1886. Bahalwapur's Nawabs celebrated the Golden Jubillee of Queen Victoria in 1887 in a state function at the Noor Mahal palace. Two hospitals were established in the city in 1898. In 1901, the population of the city was 18,546.

Bahawalpur's Islamia University was founded as Jamia Abbasia in 1925. At the outbreak of World War II in 1939, Bahawalpur's Nawab was the first ruler of a princely state to offer his full support and resources of the state towards the crown's war efforts.

British Princely states were given the option to join either Pakistan or India upon withdrawal of British suzerainty in August 1947. The city and princely state of Bahawalpur acceded to Pakistan on 7 October 1947 under Nawab Sadiq Muhammad Khan Abbasi V Bahadur.[citation needed] Following independence, the city's minority Hindu and Sikh communities largely migrated to India en masse, while Muslim refugees from India settled in the city and surrounding region. The city's Quaid-e-Azam Medical College was founded in 1971. 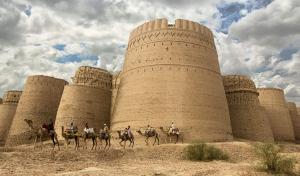 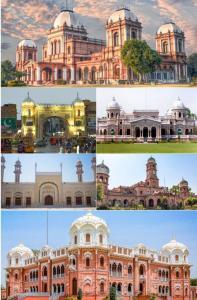 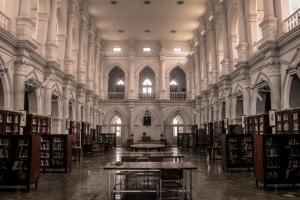